Sunny Side Up on the Windward Side: Breakfast Eggspresions in Kailua & Kaneohe 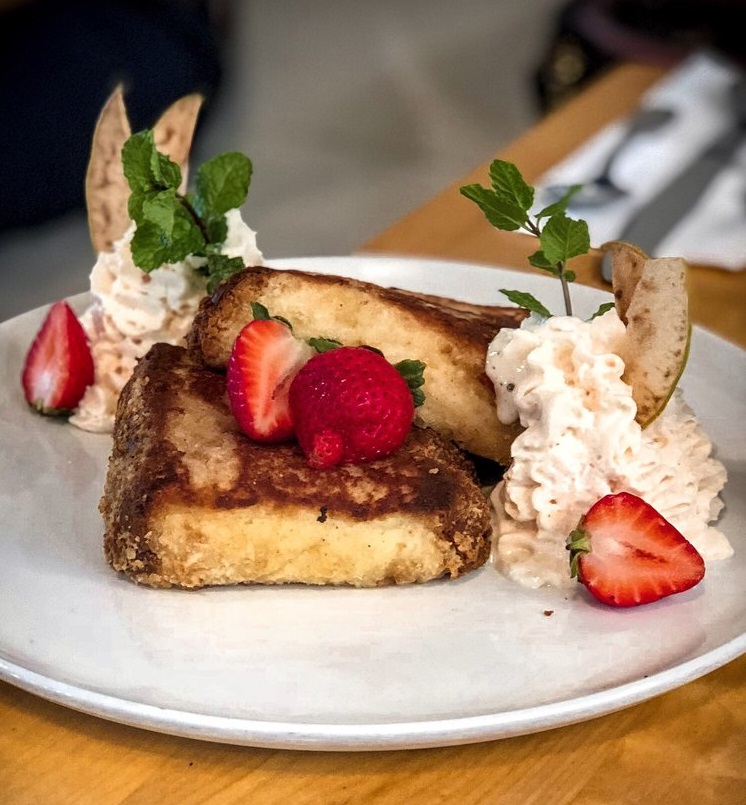 On the Windward side, we don’t have a shortage of sparkling, turquoise water, warm breezes and...breakfast restaurants - there are LOTS of breakfast restaurants! And the choices run the gamut from traditional bacon and eggs, to Hawaiian specialties such as Kalua pork, or healthier options such as fresh squeezed juice and acai bowls. You will also note that pancakes a theme: mac nut sauce, lilikoi sauce or red velvet pancakes.  Read on for some great breakfast ideas here on the Windward side.

*Please note that the restaurants are featured in no particular order and it is no reflection on those who did not receive a full write up…just a function of time!

Boots & Kimo’s menu includes an array of omelets such as the Huelo Paniolo Omelette with corned beef, kula onion, tomatoes, and melted Haleakala swiss cheese. The Homestyle Onolicious is two eggs, a choice of toast, hash browns or steamed rice and a meat of your choice. My boys devour the spam and Portuguese sausage.  They are likely best known for their Banana pancakes with Mac Nut Sauce.  (Oh, and if you’re here around lunchtime, try the kalbi!)

If you try one thing at Moke’s Bread & Breakfast, be sure to order the Liliko’i Pancakes, Moke’s fluffy handmade pancakes with passion fruit sauce. In addition to the traditional eggs and bacons, Moke’s specializes in its signature baked goods made fresh every day. Try a honey butter biscuit, the coffee cake or the muffin of the day. These delectable pastries are also available to take home. (My personal fave is the Moke Nui omlette.)

Cinnamon’s Restaurant, which has been a Kailua institution since 1985, has a wide-ranging menu of your usual breakfast favorites such as eggs and bacons, and more distinctive fare such as a large selection of Eggs Benedict variations including versions with kalua pork or smoked salmon.

A favorite among the children in my home are the homemade cinnamon rolls and the decadent Signature Red Velvet Pancakes.

Opened in 2008, Crepes No Ka ‘Oi serves “the best” crepes in Kailua. On the sweet list, the Sinfully Ono includes a choice of dark, milk or white chocolate, crushed graham crackers and marshmallows and topped with powdered chocolate or the lighter Berry Heavenly with melted butter, raw cane sugar, and fresh lemon juice topped with fresh blackberries, blueberries, strawberries and powdered sugar.

Being a savory girl, there are breakfast options in addition to those with or without meat. The Haole Boy includes melted colby jack cheese, black forest ham and chunks of fresh Maui Gold sweet pineapple.

As its name suggests, Lanikai Juice’s specialty is fresh-squeezed and cold-pressed juices as well as fresh smoothies, and fruit bowls. There are 10 varieties of Acai bowls. Among the more unexpected offerings are the Monkey Bowl with banana, peanut butter, organic almond milk, vegan or whey protein (chocolate or vanilla) and topped with granola, banana, and chocolate chips.

I love the green juice, but will run in for an acai juice when I feel a cold coming on.

Another recently opened restaurant, the Egghead Espresso Bar, has every variety of hot, iced and blended coffee drink as well as a few innovative breakfast entrees and four varieties of Mochi waffles. Did someone say mochi??? For an Asian-inspired choice, try the Green Tea Mochi Waffle with ice cream and azuki beans and served with condensed milk.

You’ll find them on the parking lot side of Kailua Square.

In need of Sunday brunch with a killer view? The view of the tropical gardens and Koolau Mountains is the real standout at Haleiwa Joe’s Haiku Gardens in Kaneohe. This local institution serves an extravagant brunch on Sundays from 9 to 2. Offerings include Eggs Benedict, Kalua pork, prime rib, coconut shrimp, Belgian waffles, and an assortment of deserts. Try one of the restaurant’s specialty cocktails such as sparkling mango sangria or a lychee martini. 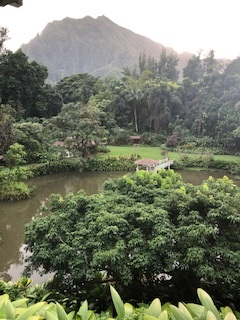 Other breakfast choices on the Windward side:

And, of course, there’s always Zippy’s!!