Nine Courts, One Community: Kailua Racquet Club is a Place to Play Tennis and Gather with Friends

Tucked away in a residential corridor of Oneawa Street in the heart of Coconut Grove, is “the best tennis club this side of the Mississippi” – the Kailua Racquet Club. 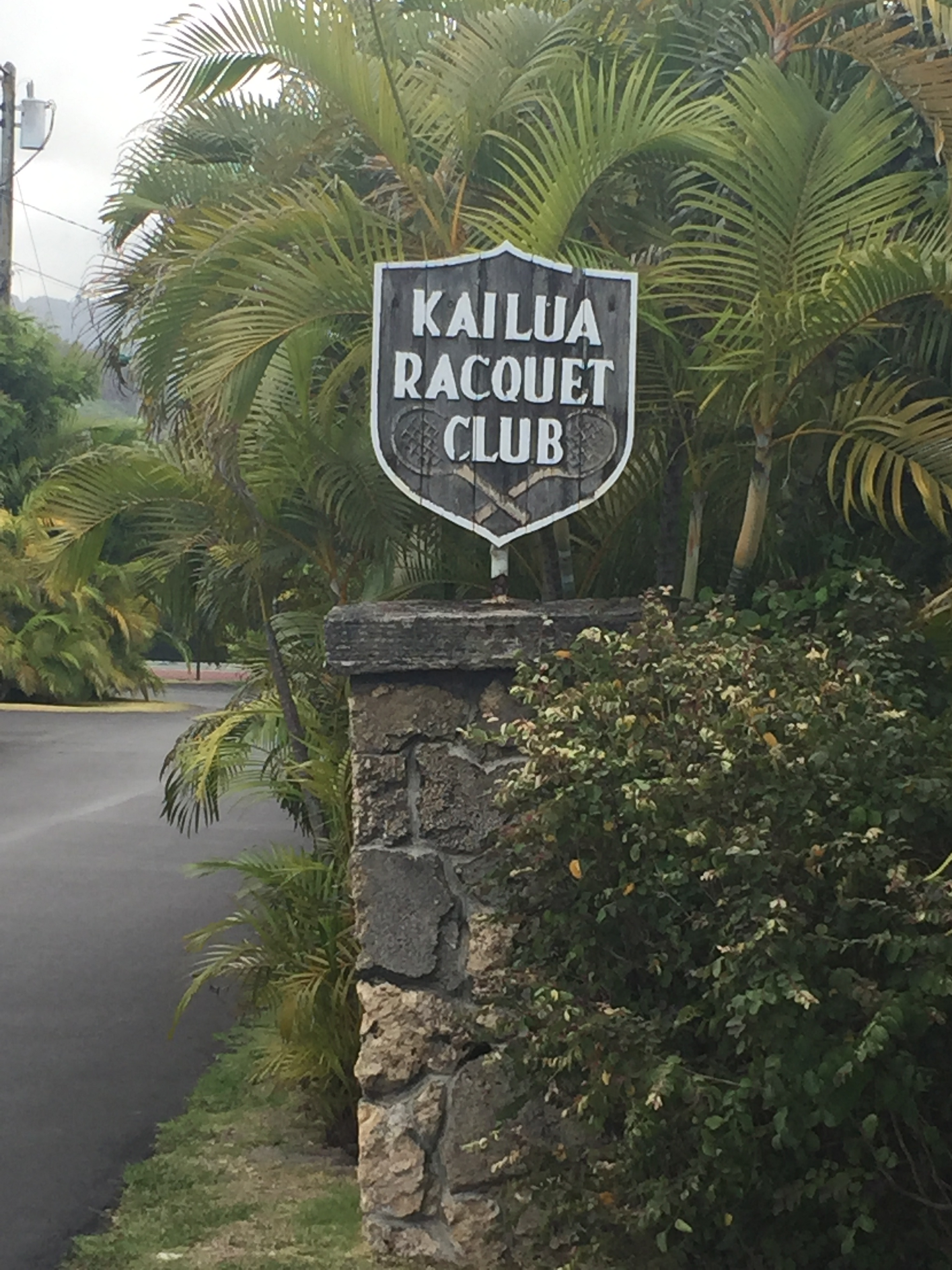 The entrance of the Kailua Racquet Club blends so well with the surrounding the street, it is easy to drive right past its unassuming entrance. But once you drive down the palm-flanked driveway, you’ll find a bustling tennis club with lush flora.

Most days of the week, you can watch tennis players of all ages and abilities hitting balls on the club’s nine courts.

The Kailua Racquet Club was established by eight friends in 1938. Each put up $2,750 to purchase 7.5 acres of land. The founders  created the club as a private hideaway to spend weekends with family and friends.

In 1952 they decided to incorporate the club and opened membership to the community for a $50 initiation fee and $5 monthly dues.

Today, in addition to the nine courts – five of which are lit for night play – KRC has a salt water pool and a café. 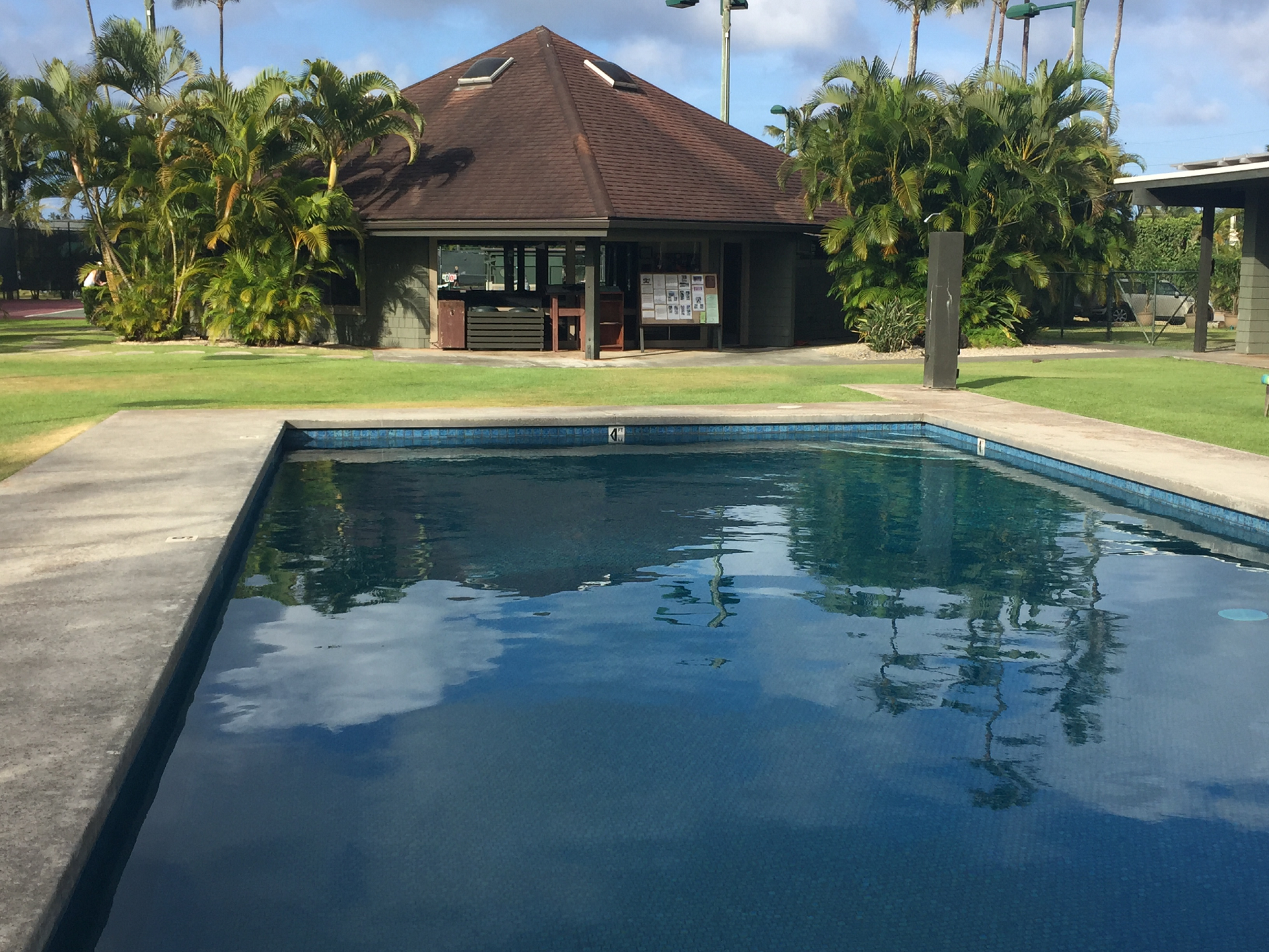 “My kids have enjoyed the pool many times over the years and the food has always been served with a smile and is quite a treat,” says KRC member Jim Zagorski. “It is a beautiful place to play tennis and I feel fortunate that there is such a great tennis venue located right here in Kailua.”

The Bruce Nagel Tennis Academy at KRC has programs for a range of abilities and ages, with children’s classes starting for kids as young as four. Instructors also provide private and semi-private lessons.

Rather than breaking down various strokes in detail, instructors at KRC have found that if they hit a lot of balls in a game-like situation, most people – especially kids – pick up the strokes and game on their own, Nagel says.

One of the features that creates a particularly serene feel to the venue is the open space created by the grassy areas between the courts and the large shady lanais for spectators. 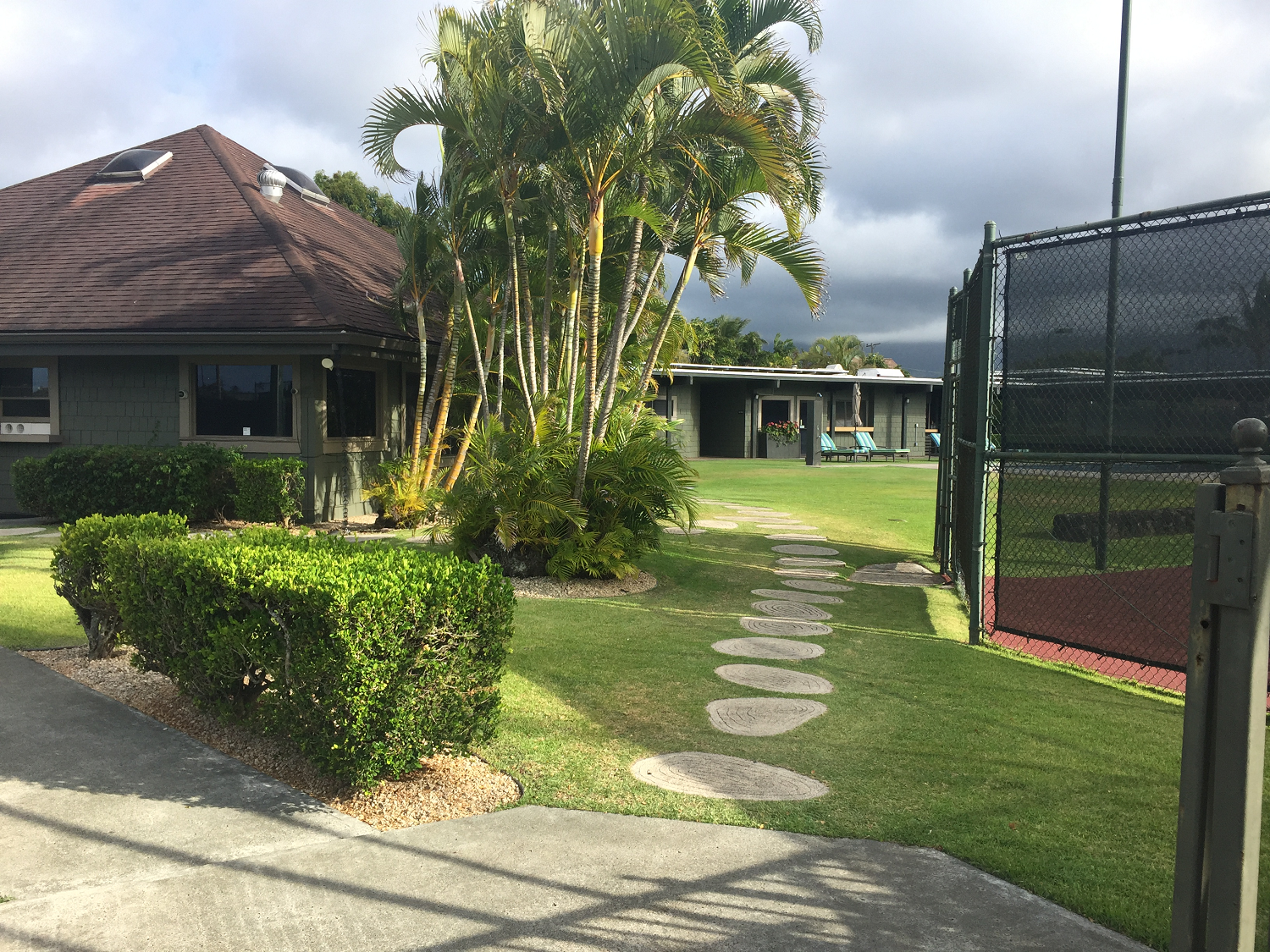 Nagel says the club is especially proud of an Outdoor Circle Lani-Kailua Branch award it received for its efforts to preserve its greenery.

The decades-old palms on the grounds will eventually need to be cut down because they will become too tall for anyone to climb and trim due to liability concerns.

KRC has only lost two or three so far, but about 20 years ago, the club proactively planted shadow palms – one next to each of the older, taller palms – so when the oldest trees have to be cut down, the newer trees will be there to replace them.

The shadow palms have already grown quite tall and filled out extensively, Nagel said.

With all of its amenities, most members agree that the greatest benefit to KRC membership goes beyond it’s well-maintained tennis courts.

"It's really very much family oriented," Nagel says. "Most people join the club for a place to play tennis, but in the long run, they end up enjoying it for the community and the friends."

3.      A view of the green space next to one of the Kailua Racquet Club’s nine courts